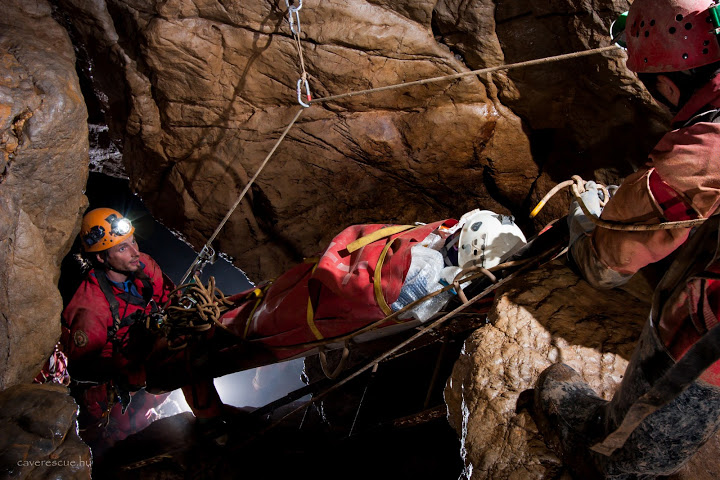 Hungarian Cave Rescue has broad international connections and regional cooperation is an important part of it. This created the framework for a joint cave rescue exercise held in the region of Királyerdő (Munții Pădurea Craiului - Romania), in the Páfrányos cave (Pestera cu Ferigi) between the 16th and the 18th of October, 2015. The exercise was conducted with Serviciul Judetean Salvamont - Salvaspeo Bihor and Hungarian Cave Rescue participating.

Sometimes real-life accidents create circumstances, where cave rescue services are faced with challenges that are best dealt with in international cooperation.

The efficiency of these joint rescue missions is greatly enhanced if the services know each other, use similar equipment and techniques. Communication is also of key importance, and only part of that is language. International joint exercises serve these purposes and they are supported by the European Union.

Members of the Hungarian Cave Rescue arrived late at night on the 16th to Vársonkolyos (Suncuius), the base of operations, where they were greeted by Salvaspeleo Bihor members. Briefing for the exercise and the distribution of roles were scheduled for next morning. The joint team was transported by bus to the cave, where a surface control point was established and equipment was distributed to the teams: initial fixing team, medical team, transport teams, communication team, and photo team. 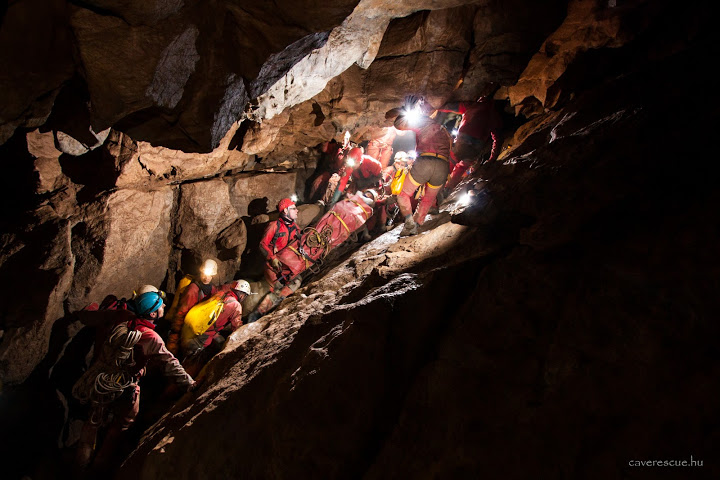 Entry into the cave was according to previously laid plans. The main goal of the exercise in this instance was not to get the stretcher with the casualty to the surface in the shortest possible time, there was more focus on joint and successful completion of the various tasks facing the teams. These included stretcher movement in the cave. The surface control point was responsible for communications and supervision using the phone line and also for documentation of the exercise and logistical support.

As planned, at the end of the exercise, the teams were greeted by a warm supper and hot tea and the entrance.

On Sunday morning, exercise leaders and team leaders have evaluated and debriefed the events. After this, medical training was led by the doctors, where everybody got hands-on experience with the newly purchased Automated External Defibrillator.

As the weather on the weekend was rainy and grim, the team wasn’t able to visit any of the sights of the region. However, in a short dry period, we could admire the outstanding beauty of the Sebes-Kőrös (Crisul Repede) valley from the Vársonkolyos (Suncuius) Castle.

The exercise was funded by the National Cooperation Fund 2015 of Hungary. 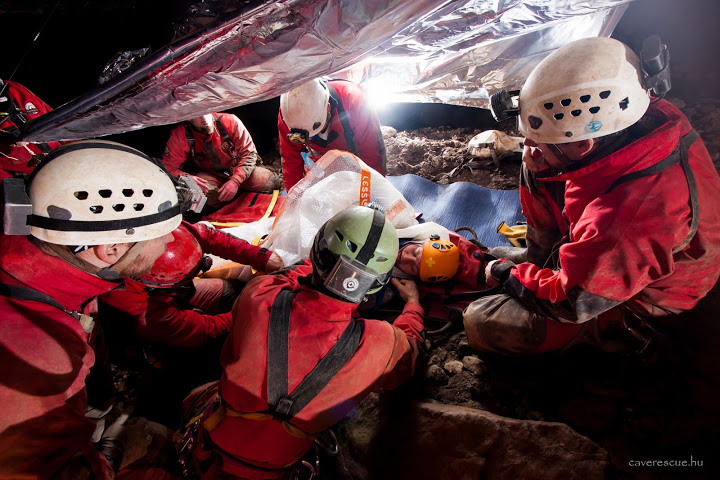 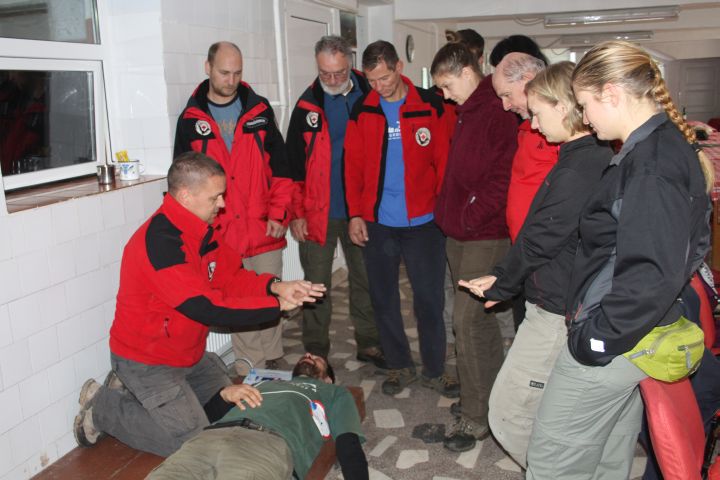